Below are a list of articles and blog posts we have found as we try to stay current in our areas of practice. Instead of trying to rewrite blog articles on the same topics, we will post links to articles here.

I filed for bankruptcy, and it was the best decision I made written by Pavithra Mohan, July 15, 2019 and found on fastcompany.com

"Three people explain what led them to file for bankruptcy and how it affected their lives.

... And yet for many Americans, filing for bankruptcy is not only a viable option but one that often proves financially beneficial and gives them a clean slate..."

Bouncing Back From Bankruptcy - Sooner Than You Think written by Brian O'Connell, May 8, 2018 and found on thestreet.com

"Bankruptcy afflicts over a million Americans on a yearly basis, and going under financially is widely viewed as a nightmare scenario. That isn't necessarily the case, as a new Lending Tree report shows.

In fact, more than 40% of Americans have a credit score of over 640 one year after filing for bankruptcy, 65% of bankrupt Americans see the same score (at least) three years after a bankruptcy..."


Bankruptcy: What’s the Difference Between Chapter 7 and Chapter 13? written by Paul Kiel
Sept. 27, 2017 and found on ProPublica :


"The two main bankruptcy options available to people overrun by consumer debt are Chapter 7 or Chapter 13. The options differ greatly in how they work and the relief they provide. Below are the basic attributes of each chapter, as well as statistics drawn from ProPublica’s analysis of bankruptcy filings from 2008-2015 to show what types of debtors are choosing each chapter and how successful they are at having their debts wiped away or discharged..."


When Bankruptcy Is the Best Option written by Liz Weston May 23, 2016 and found on nerdwallet:

"Bankruptcy isn’t the end of the world. It may even be good for you.

Bankruptcy stops collection calls, lawsuits and wage garnishments. It erases debt. And despite what you’ve heard, bankruptcy may help your credit scores."


Can I Walk Away From My House After Bankruptcy? written by Gerri Detweiler and found on credit.com:

"When you do not reaffirm your mortgage in bankruptcy you can continue to live in your home as long as you make your payments. But you are no longer personally liable for the debt if you decide to leave."

"Under the U.S. Bankruptcy Code (11 USC 1308) you’re required to have tax returns filed for all taxable periods ending during the 4-year period ending on the date of the filing of your bankruptcy case – and you’ve got until the day before your meeting of creditors to get it done." This is for a Chapter 13 filing.

"Under the U.S. Bankruptcy Code (11 USC 521(e)) you’ve got until 7 days prior to the meeting of creditors to provide the case trustee with a copy of your most recent tax return." This is for a Chapter 7 filing.


5 Things to Know About Personal Bankruptcy and Divorce written by Justipedia Staff:

"Takeaway: Timing is crucial when it comes to divorce and bankruptcy proceedings, as is knowing what to expect when the cases are closed."

"While some assume that a bankruptcy filing means the person can't resist the temptation of credit cards (and in some cases, it may), most people who will file for bankruptcy do so for other reasons. Here's a look at some of the myths surrounding consumer bankruptcy..."


Debt Settlement–Yet Again? written by Adrian Lapas, Esq. on Bankruptcy Law Network. In his article, he starts it out:

"Recently, I’ve seen commercials on television for yet another debt settlement company.  The tagline for this particular debt settlement company is that “you have the right to settle your credit card debt.  That’s good news for you; bad news for the credit card company.”  My reaction is that I cannot believe yet another company that will soon find itself in trouble for bilking consumers out of thousands of dollars is making yet another big advertising push.  You do not have a “right” to settle your debt with credit card companies.  I suppose, technically, you have the right to make an offer and they have a right to say, “no!"

"Bankruptcy is an excellent retirement strategy" written by Chip Parker, Esq. on Bankruptcy Law Network. In his article, he lays it out:


"Just look at the math:

Let’s say you’re about 10 years away from retirement, and you owe $25,000 in credit card debt at a typical 18.9% interest. Based upon your budget, you can pay no more than $500 per month toward this debt while maintaining your monthly expenses.

Pay that same amount per month into a retirement account with a mediocre net annual return of 7% (after fees), and at the end of 100 months, you’d have about $100,000!

Your Path to Buying a House After Bankruptcy found on Blue Water Mortgage Corporation's Blog:

"If you’ve gone through, or have recently filed for bankruptcy, then it may feel like the odds of buying a home are stacked against you. Think again. Buying a house after bankruptcy is not impossible—although it sure may seem that way at first.

While time is the only true medicine for recovering from a bankruptcy, there are steps you can take now to help kick start the healing process. With a little patience, some effort and ingenuity, you’ll be able to experience the joys of home ownership in no time."

Too Poor to File (for Bankruptcy) found on WSJ Website:

"By cutting off the path to bankruptcy, the 2005 law–the Bankruptcy Abuse Prevention and Consumer Protection Act–may have removed the chance for a fresh start for those that need it most, the study said."

"For some older Americans, bankruptcy can bring much-needed relief from debt brought on by medical expenses or helping needy children, and experts say it can be a valuable tool to protect retirement assets, after negotiating with creditors. But with reliable statistics on current bankruptcies hard to come by, anecdotal evidence suggests that shame at being in financial turmoil frequently prevents retirees from getting help early."

4 Ways to Avoid Debt After Divorce found on Credit.com:

"...  You are officially divorced and ready to start your new life. Welcome to your new chapter! If you are like many people, you may feel as if you’ve been put through the emotional wringer. It’s likely been a long haul that left you feeling raw and vulnerable. Besides your feelings about your now ex-partner and concerns over your children, you may be grappling with navigating your new financial life all by yourself..."

How Avoiding Bankruptcy Can Backfire found on Credit.com:

"Here is the bottom line in the words of the Federal Reserve Bank of New York, 'Our analysis suggests that the 2005 bankruptcy reform negatively affected individuals who became delinquent by increasing the probability that they would become insolvent, a state associated with a high degree of financial distress.'

They also concluded, 'Moreover, we show that insolvent individuals who do not go bankrupt exhibit more financial stress than those who do, suggesting that these individuals would likely prefer to file for bankruptcy if they could afford it.'"

Probably more data than the average persons want to know:

"... Moreover, we show that insolvent individuals who do not go bankrupt exhibit more financial stress than those who do, suggesting that these individuals would likely prefer to file for bankruptcy if they could afford it."

10 Statistics about US Medical Debt that Will Shock You  found on National Bankruptcy Forum:

Some stats people may find interesting;

"... 8. However, 7% of adults struggling with medical bills over the past two years have declared bankruptcy..."

Bankruptcy - it may suprise you who files for protection

Most people who walk into my office to discuss bankruptcy feel they are not "the type" of person to file bankruptcy. I think peopl... 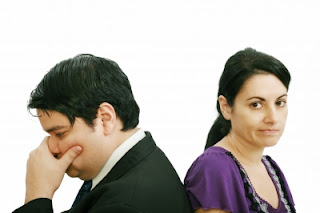