Most clients who come to me to discuss bankruptcy are concerned about future credit. I am always conservative with my counsel. But I found this article "How Avoiding Bankruptcy Can Backfire" (http://bit.ly/1BhDVR5). The article starts out with the common myths of poor reputation and permanent financial hardship... before it discusses a study from the Federal Reserve Bank of New York (FRBNY). The FRBNY study indicated the benefits can far outweigh the drawbacks.

The statements that jumped out at me were:


"... the FRBNY noted, people who filed bankruptcy had access to more new lines of credit than those who limped along in a poor financial state."
...﻿
"So there is a misconception that filing bankruptcy closes the door to new credit, whereas it can actually give a consumer access to more credit, according to the study."

...
"Those who filed bankruptcy saw an improvement in their credit scores over time, when compared to those who continued to struggle with their debts, according to the FRBNY."

...
"They also concluded, 'Moreover, we show that insolvent individuals who do not go bankrupt exhibit more financial stress than those who do, suggesting that these individuals would likely prefer to file for bankruptcy if they could afford it.'”

…
“But maybe the most disturbing reality about shunning bankruptcy is the significant amount of retirement income that is lost by people who avoid filing...
To demonstrate how dramatic the impact is, let’s look at a 25-year-old debtor who diverts $300 a month for five years into a retirement plan instead of entering into a credit counseling plan, debt settlement program or limps along making minimum payments. They would repay their debt but that plan would cost them $23,231.12 in retirement funds that could be worth $1,247,526.55 when they eventually retired at age 70. A 45-year-old would lose $170,239 in future retirement funds.”
The bottom-line is bankruptcy, when appropriate, is not as devastating as many people believe. In fact, in most cases, it is as helpful as it is meant to be. If you are struggling with debt, there can be a light at the end of the tunnel. Call a bankruptcy attorney and see if bankruptcy is an option for you.

If you want assistance, legal representation, or just want to know more about Mark Medvesky or Medvesky Law Office, LLC, check out our website at www.medveskylaw.com.


When will I be able to buy a new home after bankruptcy?
http://medveskylaw.blogspot.com/2014/10/when-will-i-be-able-to-buy-new-home.html


You can overcome bankruptcy...
http://medveskylaw.blogspot.com/2014/08/you-can-overcome-bankruptcy.html 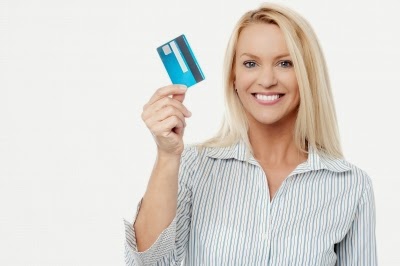