"It's a shame you can't file bankruptcy because you aren't behind on any payments." ... Who says these things?

This will be a quick post. I had a potential client call me today to discuss filing bankruptcy. We spoke about whether he should or shouldn't and if he did, what chapter ... 7 ... or 13. After about 50 minutes on the telephone, we were about ready to wrap up and give him time to think about his options and he said, "I have one more issue ... I am current on all my bills."

I asked, "why is that an issue?" He explained he had an Employees Assistance Plan as a benefit at work and one of the services is financial counseling. He went to a financial counseling session and when he asked about bankruptcy, the counselor said something like, "it's shame you can't file bankruptcy because you aren't behind on any payments. You must be in default to file bankruptcy." 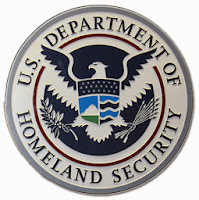 Posted by mmedvesky at 7:48 PM No comments:

The internet is full of ads for debt settlement companies as well as articles on why people should not use these services. Debt Settlement (or sometimes referred to as Debt Consolidation) is when a company collects money from a debtor and creates a stockpile of cash to negotiate settlements on debt. For a more detailed discussion on the debt settlement see my Blog - Debt What? (see link below)

﻿It never sounded like a good practice to me. Recently, I had two clients who came in and started down this path. Their experiences reinforced my belief.

After reviewing the cases I realized the clients would probably do better filing for bankruptcy protection under Chapter 13.

One client completed the paperwork and was going to pay about $750 per month to settle only his largest debts. He decided it was not a practical choice and came to me.

The second client started her payment program before her family talked her out of it. I got my first look at a payment schedule from one of these companies. She had approximately $32,000 in debt to settle. She was scheduled to make two payments of $664 and 46 payments of $465. After reviewing her payment schedule, I have to ask ... Why? why debt settlement ...

Under her debt settlement plan, she was going to pay fees of $9,000 to the settlement company and an "ESTIMATED" $13,000 to settle the full debt. The payment plan extended over 4 years. It should be noted at the bottom of the payment schedule in fine print, it stated, "Settlement Reserves above is only an estimate of the amount needed for settlement." To me, this means  the settlement is not guaranteed after 4 years and paying $13,000.

Under a Chapter 13 payment plan, the same client could pay approximately $5,000 in fees (attorneys' fees and court costs) and $13,000 towards the debt and discharge the remaining debt. The payment plan in Chapter 13 could be completed in 3 years.

Why debt settlement when you can set up similar payments, pay about the same amount on your debt, save about $4,000, and do it all one year faster.

The irony of both these cases is these plans would have failed. When I sat down with these clients and asked questions probing and poured through their records, we found they did not have the disposable income they believed they had.

It is common for people who desperately want to pay their bills to over estimate the money they have to do it. We determined both clients were eligible to file for bankruptcy protection under Chapter 7, which is much less expensive and much shorter in duration.

For those who want to review the details:


Though the plan listed my second client's gross income as about $1,700 per month when she was really bringing in around $1,100 and that was a disability payment. Giving the debt settlement company the benefit of the doubt, they probably relied on the debtors representation without much probing. The fee schedule had her paying about $664 per month to the plan for the first two months and $465 for the remaining 46 months. Depending which gross income figure you use, she committed to paying 27% - 42% of her gross income into this plan.

The more shocking part is the distribution of the payments. First, there is a $399 enrollment fee. After the enrolment fee is paid, there are a series of monthly fees: Service Fee - $340; Maintenance Fee - $59; Trust Fee - $10, which equals $409 per month to fees. This left her under $56 per month in her account to work on the settlement of her debt.

After six months, the service fee dropped to $213 per month for 18 more months. At the end of two years, my client would have paid $5,900 to the settlement company and saved or spent $3,600 towards settling her $32,000 debt. If she were able to make payments beyond two years, the service fees drop to $69 per month for the last two years. After four years, the plan "ESTIMATES" it will settle the debt for about $13,000 and charged a total of $9,000 in fees to the client saving the client a total of $10,000 on the debt.

Consider a similarly situated person who wants to pay the creditors something back and has $465 per month in disposable income to contribute to a payment plan. He or she may have an option to file for bankruptcy protection using Chapter 13 protections and only need to commit to a 36 month payment plan. The debtor would pay $310 filing fee, $50 for credit counseling, and $1,500 - $3,000 attorney's fee.


RECAP: A debtor in the financial situation described above could save $4,000 (or more depending on attorneys' fee and trustee fees actually charged) and 1 year in time using Chapter 13 Bankruptcy over a debt settlement plan.

In some instances, a person in a similar position will qualify for bankruptcy protection using Chapter 7. He or she would pay $335 filing fee, $50 for credit counseling, $1,000 - $2,000 in attorney's fees, and the case would be over in about six months.

As a part of my practice, I attend creditors meetings with my clients. I attended a creditors meeting earlier this week. Like most clients, when we first met with them, they were incredibly apprehensive.

The wife had suffered a serious accident that left her in a progressively deteriorating physical condition. She had an advanced degree and held a lucrative professional position. She was unable to return to her profession after the accident.

Since the accident, medical bills grew and treatments were skipped due to costs.

The husband also held a well-paid position. Shortly after his wife's accident, he was laid off. He eventually found a job for much less than what he had been earning. Their household income leveled out to about a third of what they were making before the accident and lay off.

They tried everything to avoid bankruptcy. They spent the personal injury settlement she received from the accident.

They allowed their expensive cars to be repossessed and were living on their credit cards. They were like most people and expected the next month to be better than the previous month. They finally got to the point they started selling their holiday decorations on eBay.

Even after they hired us, they drug their feet. They took their time getting us information and sort of fell off the face of the earth a couple weeks at a time. Finally, we got everything together and filed their case.

The evening before the creditors meeting, they were nervous and called to ask questions. Again, very common for clients the night before.

The day of the meeting, I met my clients there at the meeting place. The wife, who happens to walk with a cane, came in looking as if she was a criminal client preparing to be sentenced. Her concern was clearly apparent on her face. He body was tense and she was quiet. Her husband was nervously chatty.
﻿﻿﻿﻿﻿﻿
As we were waiting for the meeting, I went over everything with them. They both calmed a little and then it was our turn. Into meeting room we went. Everything went as smoothly as I had expected and we left the meeting.
﻿
﻿﻿
As we were leaving the meeting, the look of relief on the wife's face was astounding. Her whole demeanor changed and I think she even smiled. When we got into the hallway, the husband exclaimed, "that's it?" It seemed like years of tension were washed away in that meeting.

This a pretty common reaction after creditors meetings. This is why I do this ... practice bankruptcy law ... I find helping people through this stressful time ... helping them clear the slate and restart their lives ... This is some of the most satisfying work I have ever done.

The primary causes of bankruptcy for most people are usually under or unemployment; serious medical issues; and/or divorce/family/relationship issues. I have also had my share of clients who had an unsuccessful attempt at small business ownership. 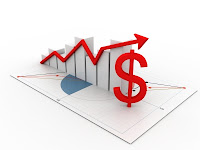